Knekoh Frugé, our founder, has been practicing Yoga in one form or another for more than 35 years. It all began in 1983 when a moment of kismet brought her to a class at Louisiana State University simply titled “Movement.” Incorporating an eclectic blend of Yoga, Tai Chi, Qigong and more, this class introduced her to the discipline and beauty of profound energy work and set her on a lifelong journey. 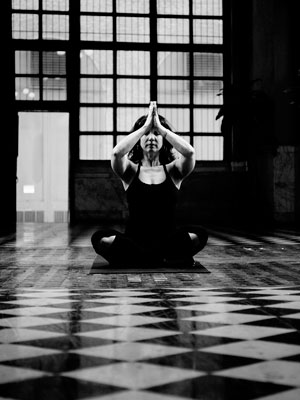 After arriving in California in 1985, Knekoh sought this energy work where ever she could find it: Tai Chi in the Park with the elders in San Francisco, Yoga classes at San Francisco and San Jose State Universities, Qigong and Kundalini in Sonoma, and even friends’ living rooms where they’d gather in a circle and share asanas. These informal gatherings with friends were the ultimate inspiration for Yoga Circle Downtown’s name.

As a Yoga Therapist, Knekoh has worked with scores of clients who have found complete recovery from injuries and illnesses through personalized Yoga and meditation practices she has designed. Under her guidance, those with more serious conditions such as cancer or MS have discovered strategies to live with greatly diminished symptoms, some achieving full remission. Knekoh believes that it is far more than the poses that cause this transformative healing: It is the intrinsic unity of the mind and body through breath and consciousness. It is Yoga. 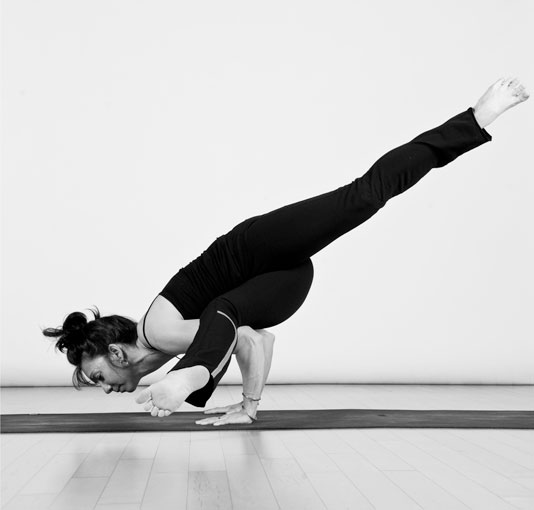 Over the last 20 years, Knekoh has had the honor of teaching and practicing at numerous Yoga studios in the Los Angeles area and nationwide. She has served as a Yoga consultant for the wellness show “The Doctors,” City of Hope Cancer Centers, Kaiser Permanente, Humana Health Care, and Equinox Fitness Centers. Additionally, she has worked with businesses throughout Southern California looking to invest in employee wellness by incorporating on-site Yoga classes.

Knekoh loves that Yoga is empowering, calming, and inspirational in equal measure. She counts among her influences the stillness of Sivananda, the athleticism of Astanga and Pattabhi Jois, and the breathwork and energy of Yogi Bhajan and Kundalini. She dedicates Yoga Circle Downtown to the late Peter “Hutch” Hutchison, her friend and teacher whose joie de vivre and childlike wonder taught her to live each moment as if it is both your first and last.